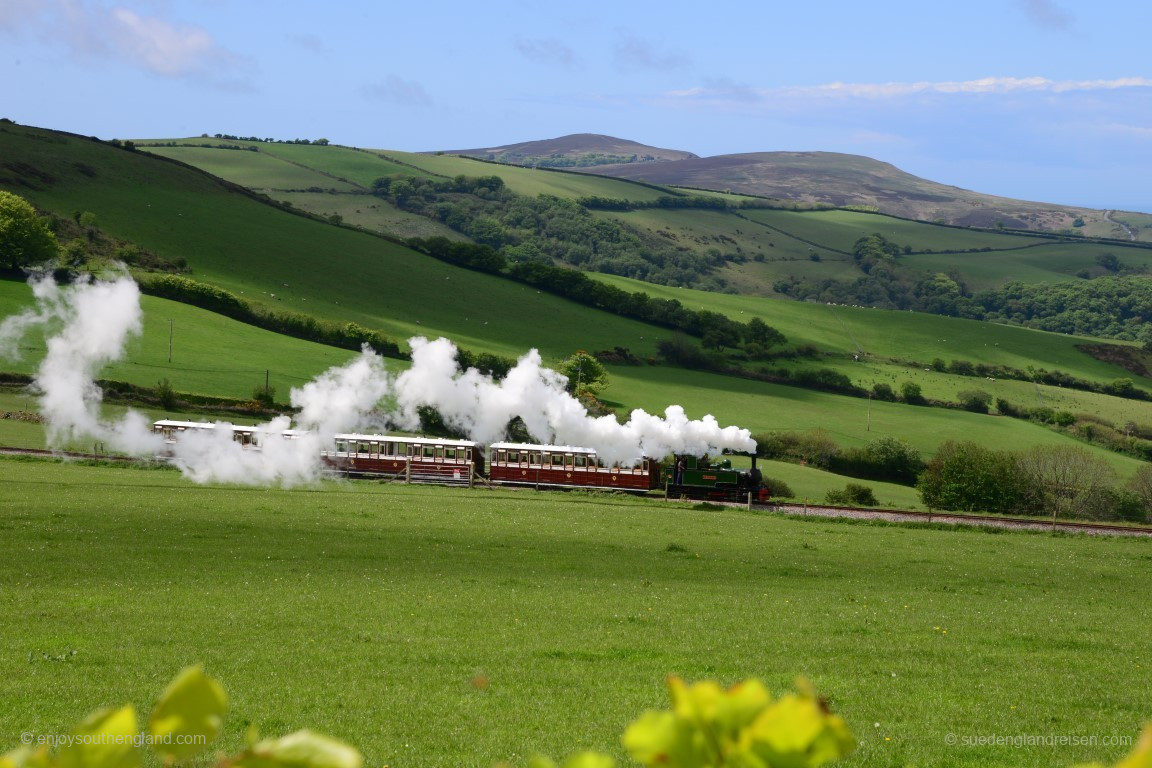 England is famously full of small and exciting railways – the certain eccentricity of the British leads to a very lively scene and to railways run with a lot of enthusiasm. Here we already have the “Romney, Hythe & Dymchurch Railway” (the “big sister” of the Vienna Liliput Railway), the “Kent & East Sussex Railway” or the “Island Line” of the Isle of Wight. This time we want to look at a very small company with big plans: the “Lynton & Barnstaple Railway” in Exmoor National Park. Here in the north of County Devon, the Exmoor joins the bristol Channel coast and there lies the double town of Lynton/Lynmouth with its water-powered inclined lift.

Opened relatively late in 1898, the original L&B Railway connected the town of Barnstaple to the national railway network for more than 31 kilometres with the Lynton/Lynmouth, which was already heavily visited by tourists at the time. As a special feature, the track was narrow-tracked with 597 mm (1 ft 11 1/2 in) and overcame considerable height differences of the very hilly Exmoor with many curves. The total journey time was one and a half hours. 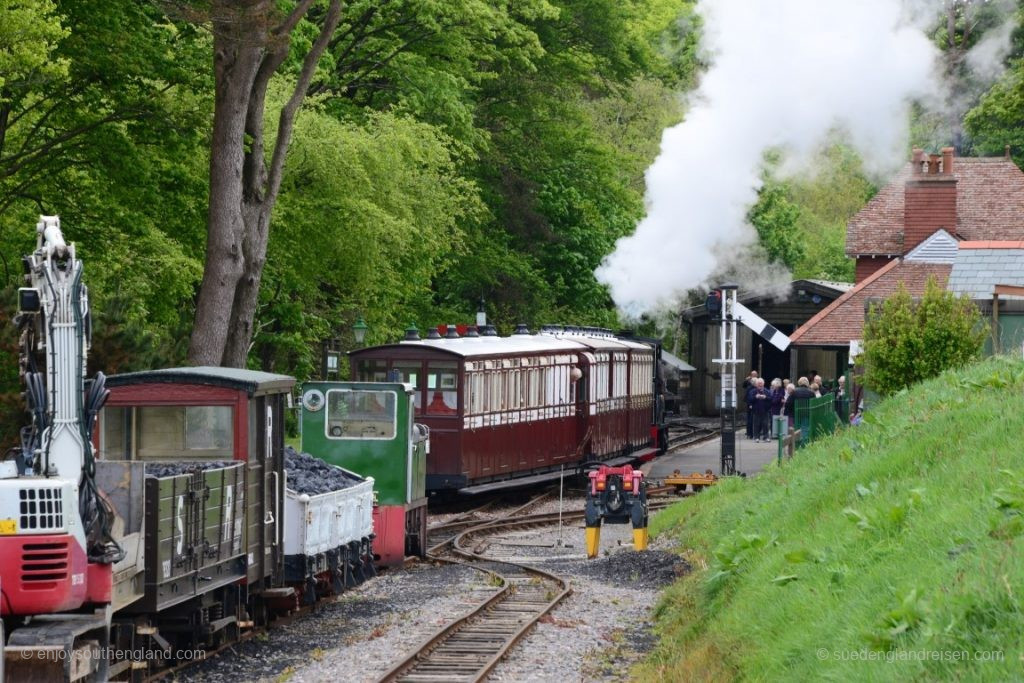 Even after the end of the First World War and the poor economic situation, the railway was simply no longer operating. And so it happened that already on September 29th 1935 after less than forty years of operation the last train ran. The dismantling of the line was immediately started and the equipment not needed elsewhere as well as the narrow gauge vehicles were simply scrapped or, at best, used as a garden hut. 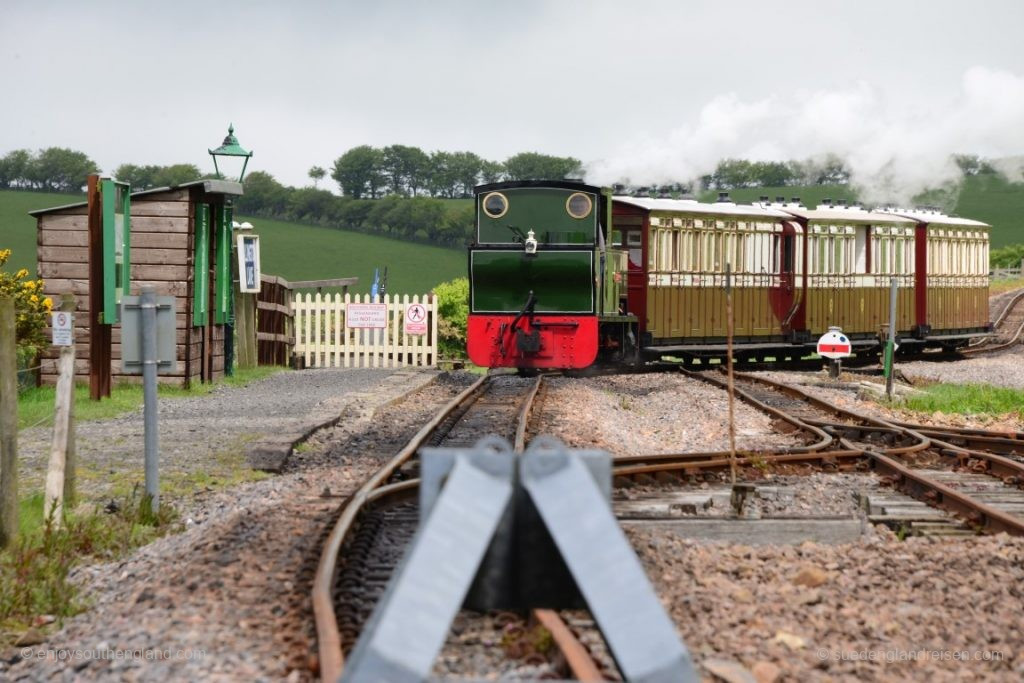 Miraculously, however, this was not the final end of this scenic route. Nearly seventy years after the closure of the operation, railway enthusiasts have reopened a small part of the 1-mile (about 1.6 km) line, between the new Woody Bay hub near Lynton and the temporary Killington Lane terminus. The latter is a simple end of the route in nowhere and here connection will soon take the form of a 6.5 kilometre extension. There’s more to it. 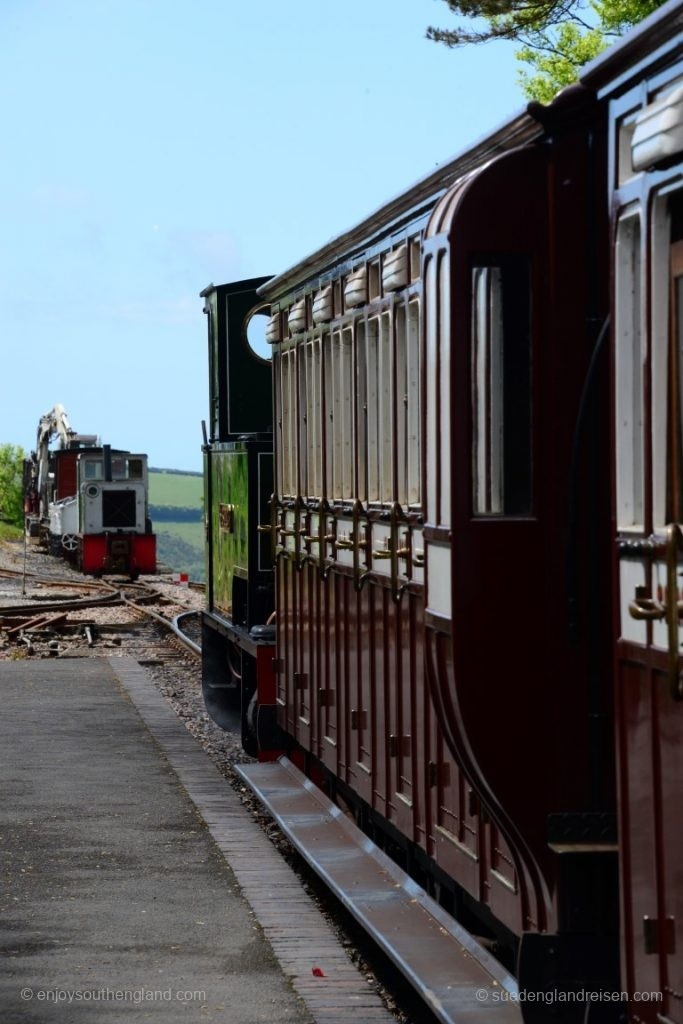 The Lynton & Barnstape Railway train is ready to board

The current route has been used for 10 years in temporary diesel, but above all daily steam operation as a pure tourist railway. The visitor will usually find his way by car to the station “Woody Bay” located on the main road A39. There is the current operating center at the old station building with newly laid tracks and heating house.  In the station itself there is the ticket sales with souvenir shop, where, among other things, lovingly designed brochures fully document the old route and make you want to continue the planned continuation. The volunteers are happy to tell the story of the railway and report on their current situation and plans. Our train, made up of replica vehicles, is ready at the platform and the many doors of the classic compartment wagons invite you to get in. Despite the small gauge, the compartments are very spacious and offer a very comfortable ambience for the unfortunately far too short journey of less than ten minutes each direction. It’s a good way to sit right towards Killington Lane, so you have the best view of a beautiful green landscape with gently curled hills. In Killington Lane, the locomotive takes over and takes the train back to Woody Bay after a few minutes of stay. Now it goes a bit uphill, so that great pictures with a lot of steam are possible. 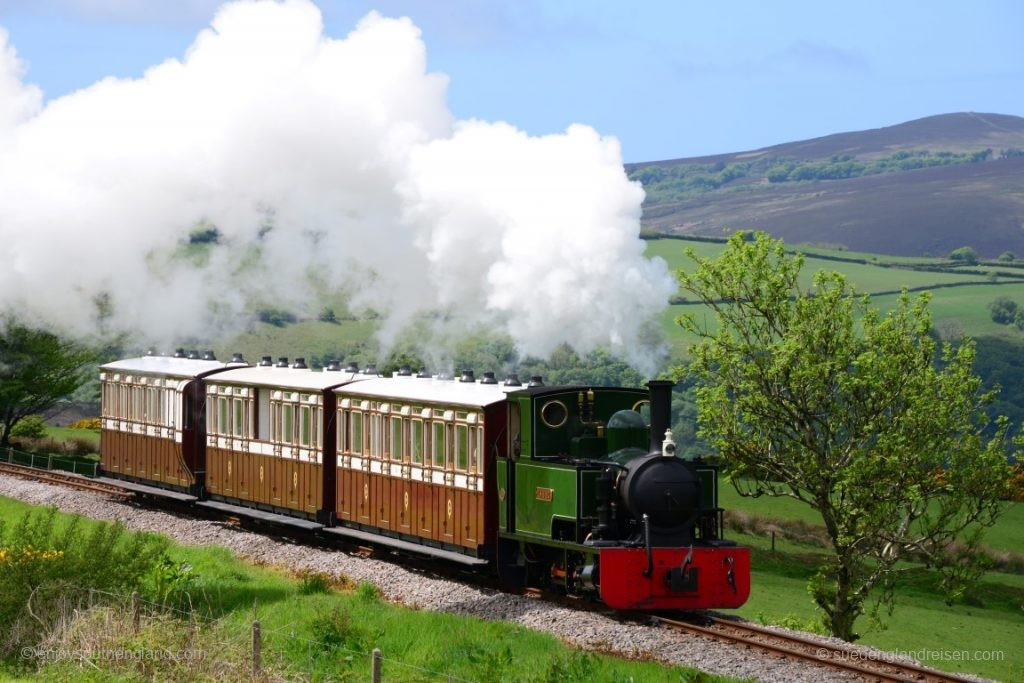 If you come to this beautiful corner of southern England, a visit to the Lynton & Barnstaple Railway is highly recommended. And even those who only want to take pictures can thank the volunteers and the operating association with a donation. The money will go towards the planned enlargement, which is being worked on at full speed. The mighty Chelfham Viaduct has already been renovated and prepared for the laying of tracks. In the spring of 2015, the plans for the expansion, estimated at around 15 million British pounds (currently around 18 million euros after the Brexit vote), were made public and formally applied to the authorities for approvals at the beginning of 2016. Unfortunately, decisions on this have not yet been taken at the time of this article, but are expected shortly. 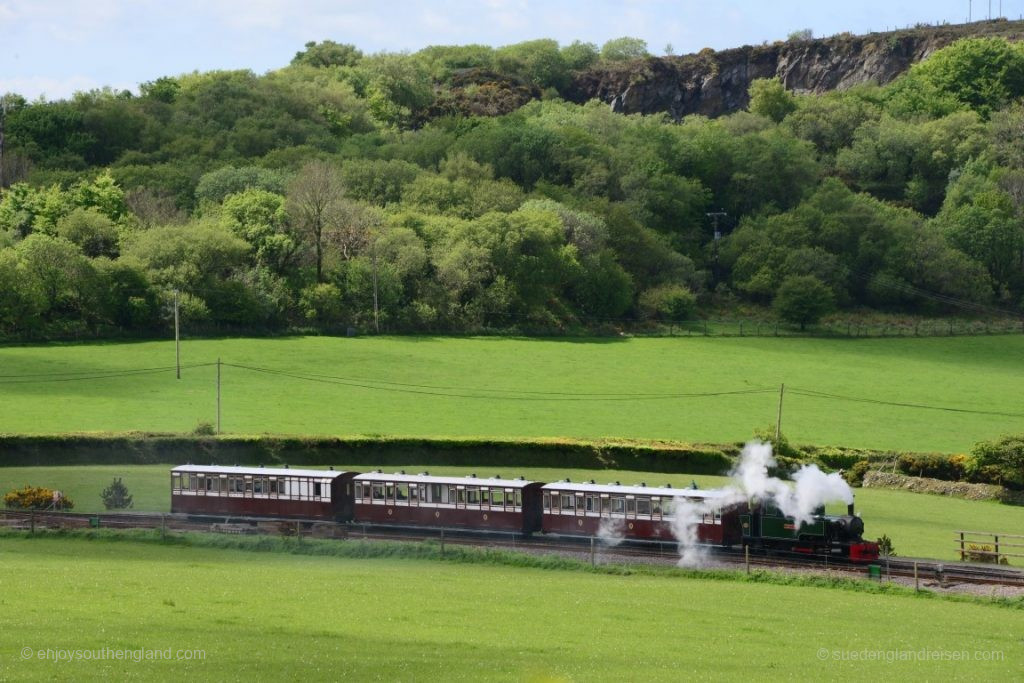 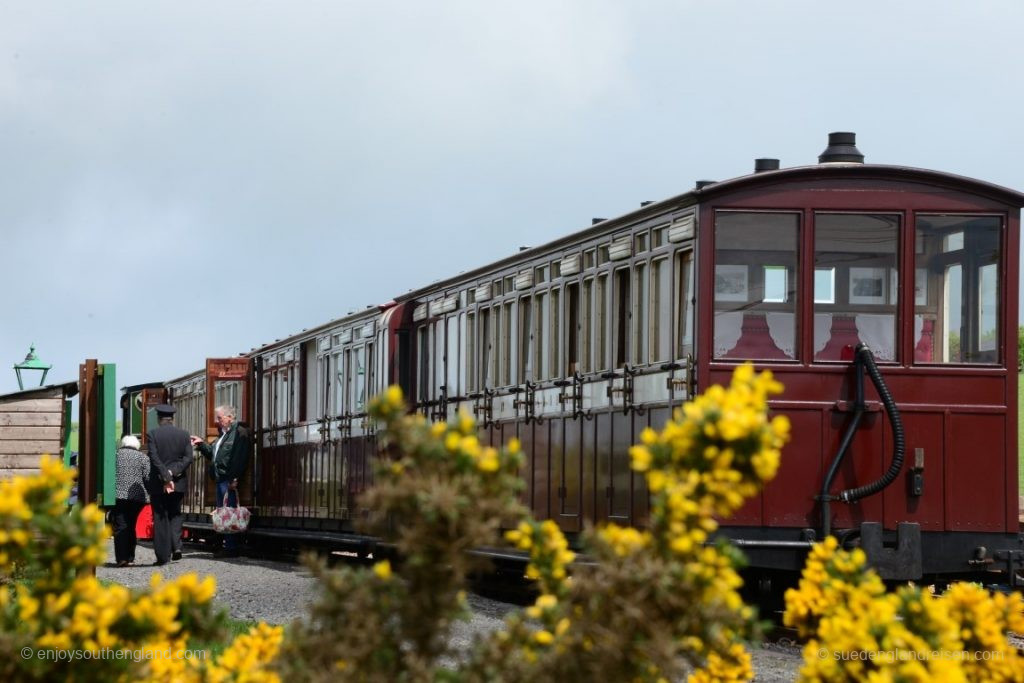 More information about the association, the route and the plans can be found at www.lynton-rail.co.uk. This article appeared in the print edition 9/2016 of the Austrian trade magazine “Die Schiene“.

Finally, a very rare find: A video of the operation of the original railway from about 1935:

For comparison, a video of the operation in 2016: