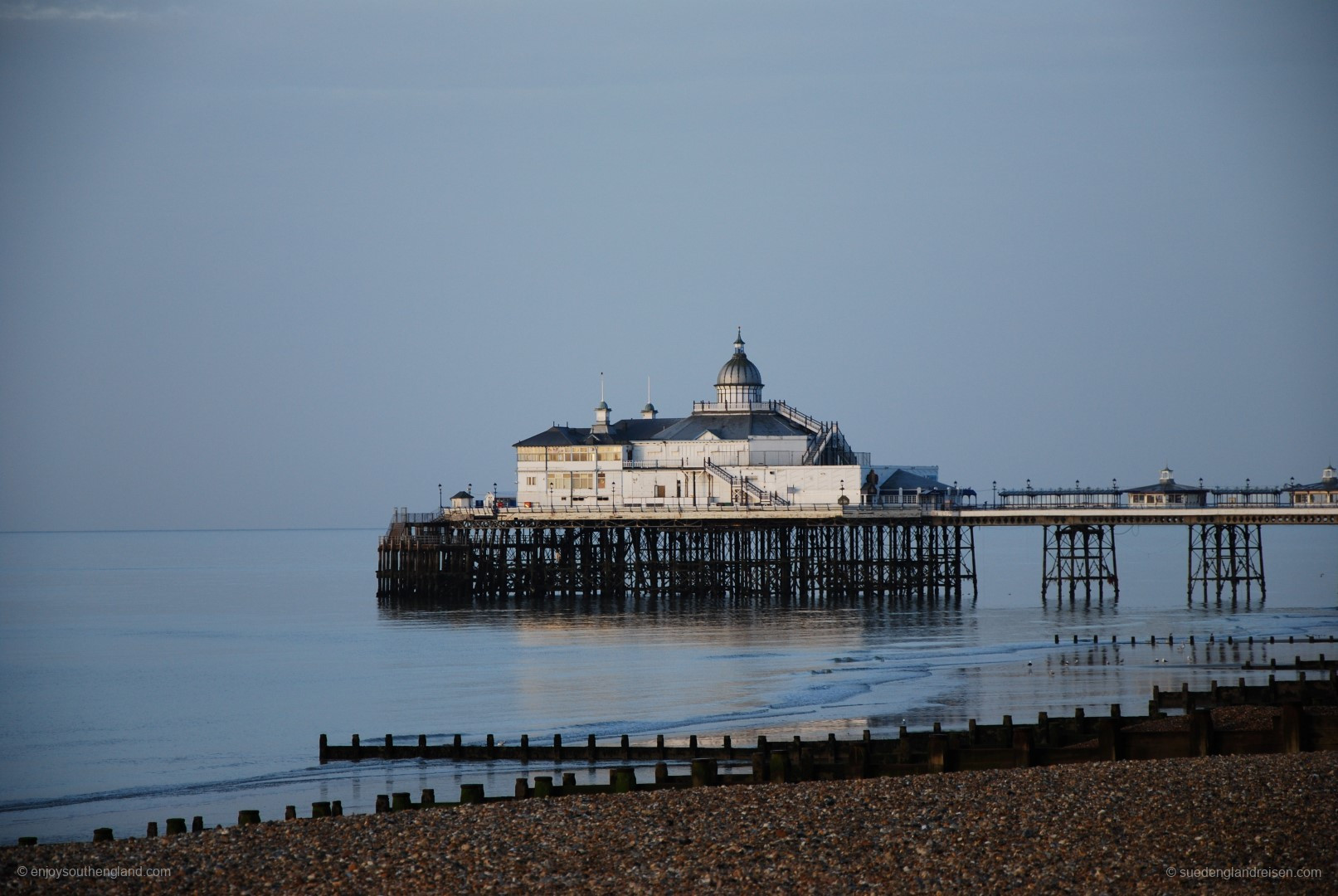 Very typical of the English seaside resorts are their piers. Only a few of those left in the second part of the. Piers built in the 19th century are still preserved, some were destroyed by fire. Eastbourne in East Sussex also has a nearly 300-metre-long pier built between 1866 and 1872. Most of the superstructures date from 1899-1901. They are mainly used as entertainment and venues (“Amusement Arcade”,, among others as a theater, but also as a bar, restaurant, tea room, a “Camera Obscura”, etc. In the front part of the pier there is the “Blue Saloon” a game room with the slot machines so popular in England. But it is precisely this area that fell victim to a fire in 2014. The photos shown here date back to 2009 and document the original condition. 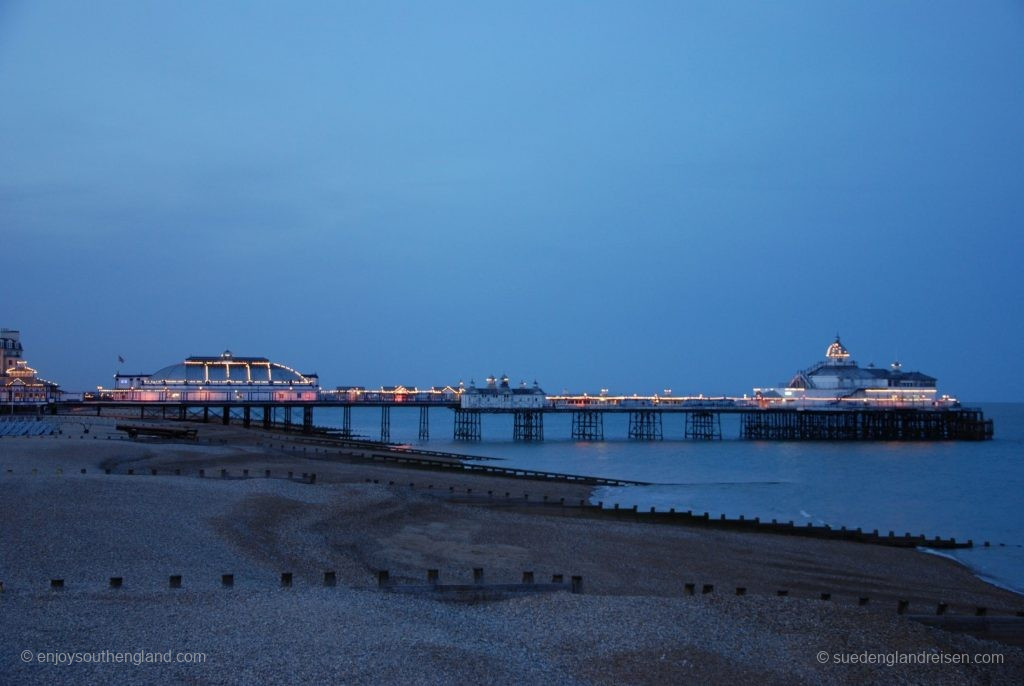 Eastbourne Pier in the evening 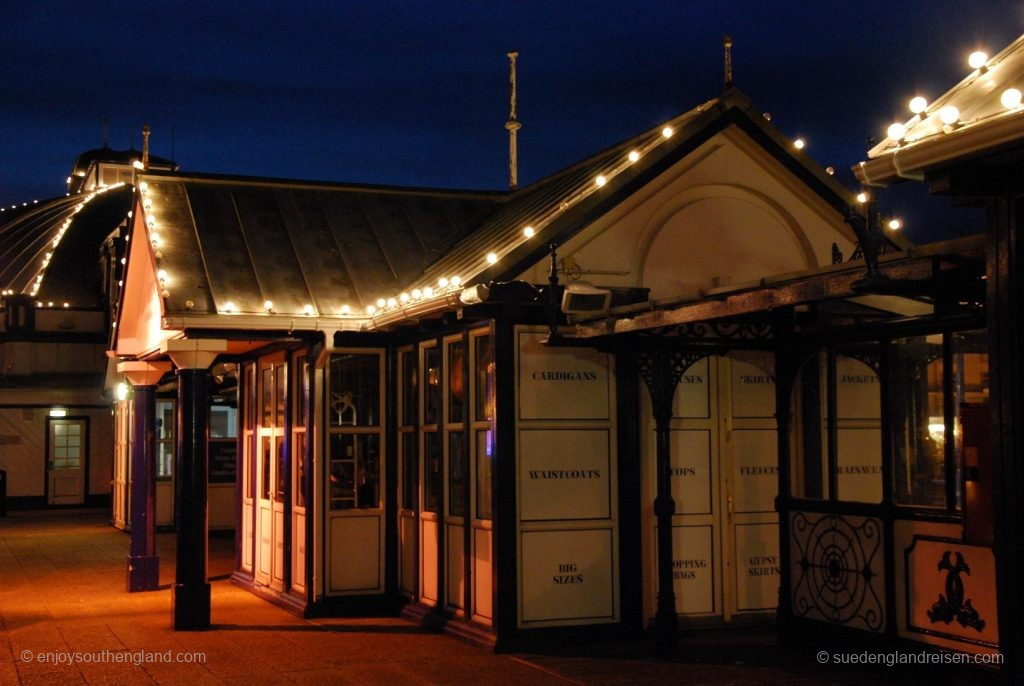 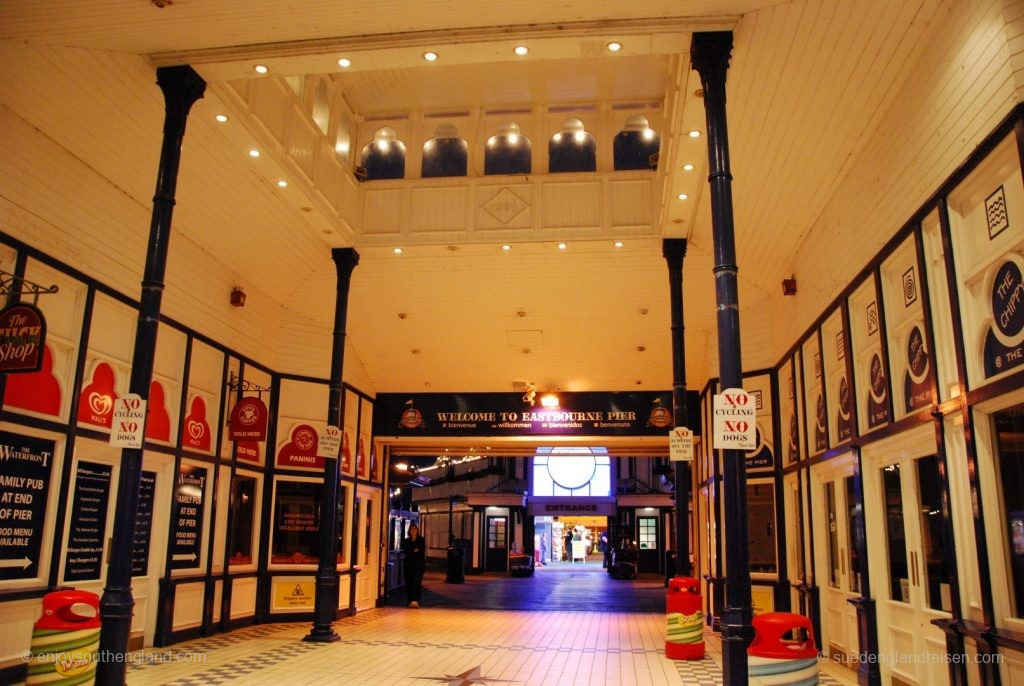 When entering the Pier 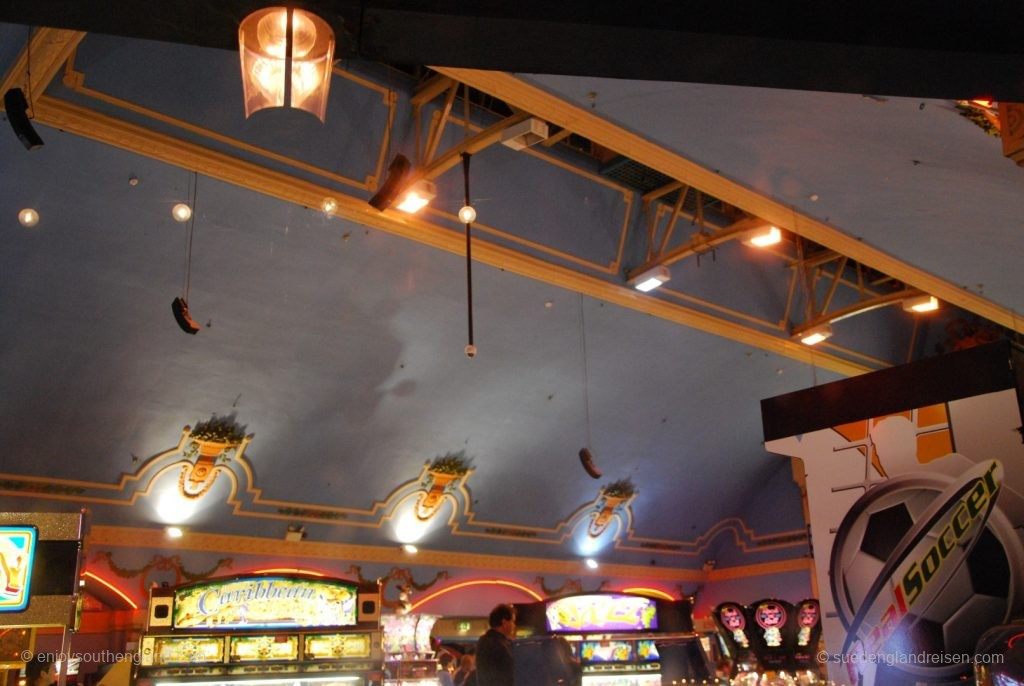 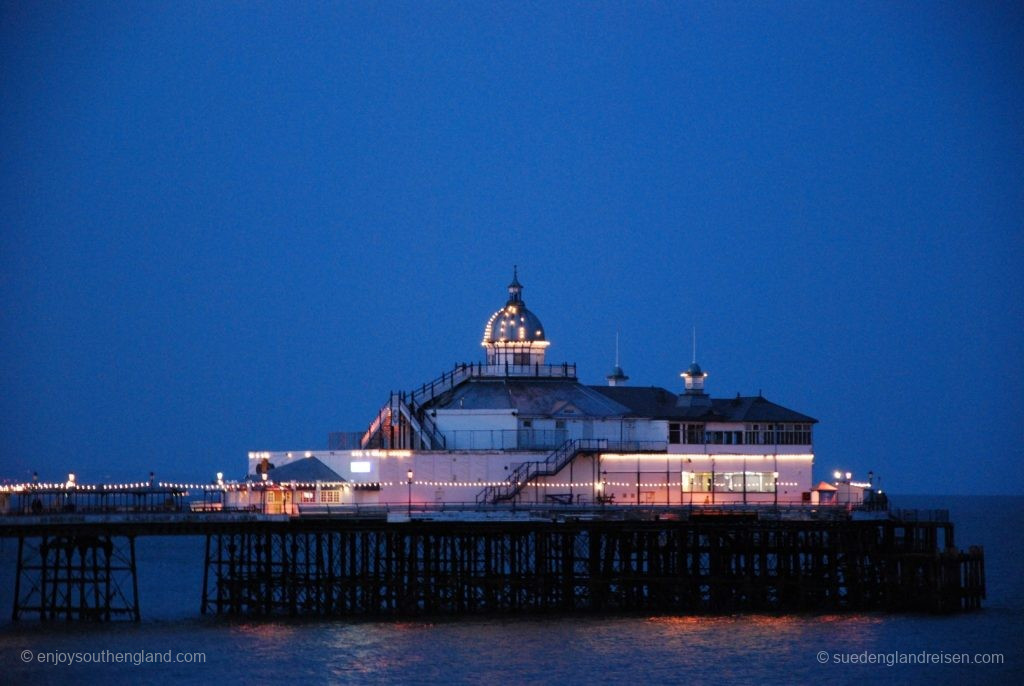 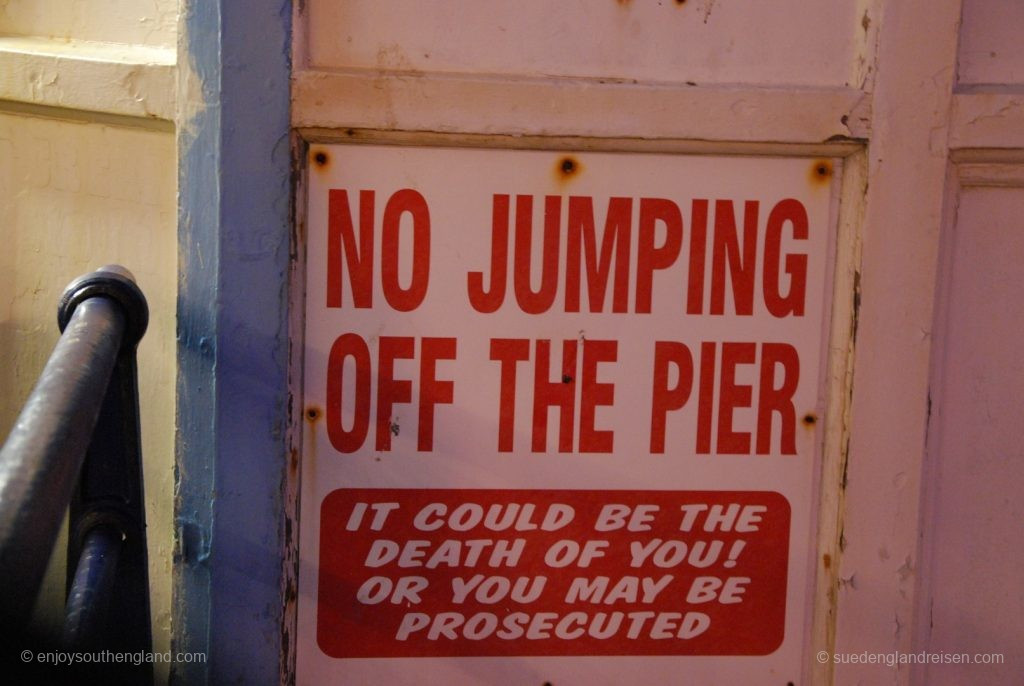 Please do not jump from Eastbourne Pier