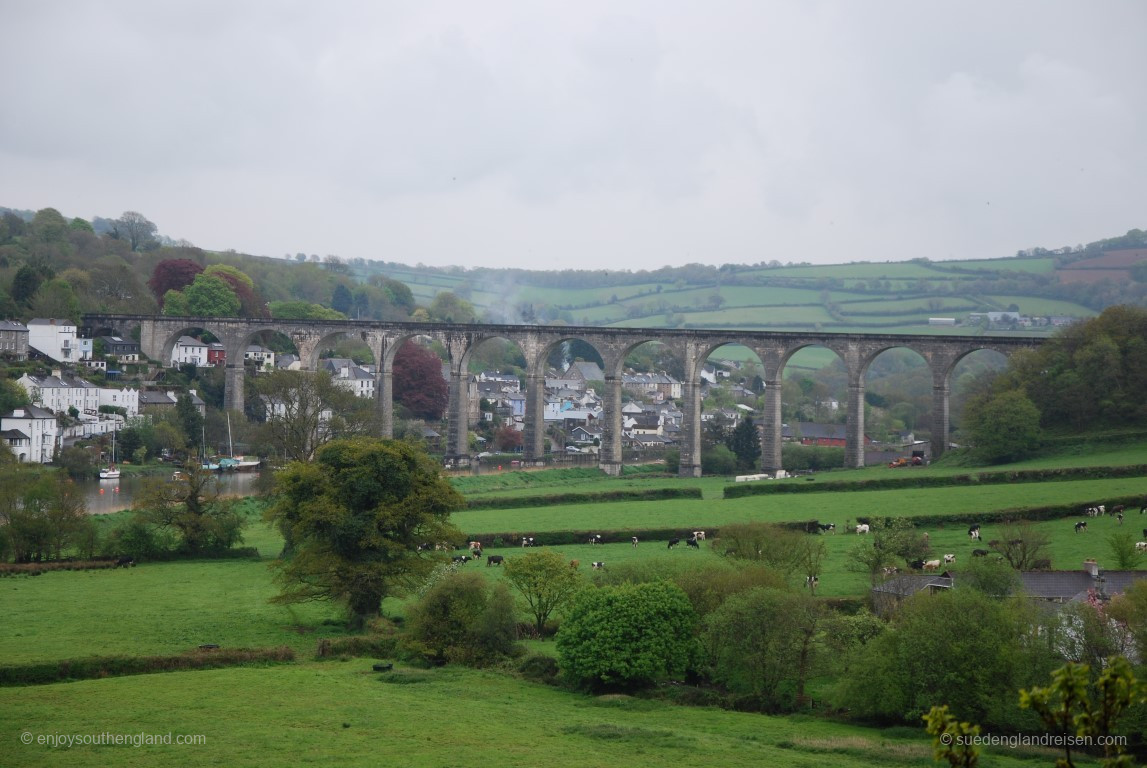 In east Cornwall, just before the border with Devon, the River Tamar winds its way through the Cornish countryside in narrow arches and partly deeply cut. It joins the English Channel near Plymouth and calstock is about 14 miles earlier. Located on the slope of the steeply sloping terrain of the river, Calstock has two highlights: the nearby manor house with garden “Cotehele” and its viaduct for the railway. Built from massive iron-concrete blocks between 1904 and 1907, the very elegant structure spans the Tamar River from 12 arches with a length of more than 300 metres up to 37 metres. On the northern side, the Calstock railway station, which can only be reached via steep paths, is connected to the regional line from Plymouth to Gunnislake, which exudes a certain “jungle atmosphere”. 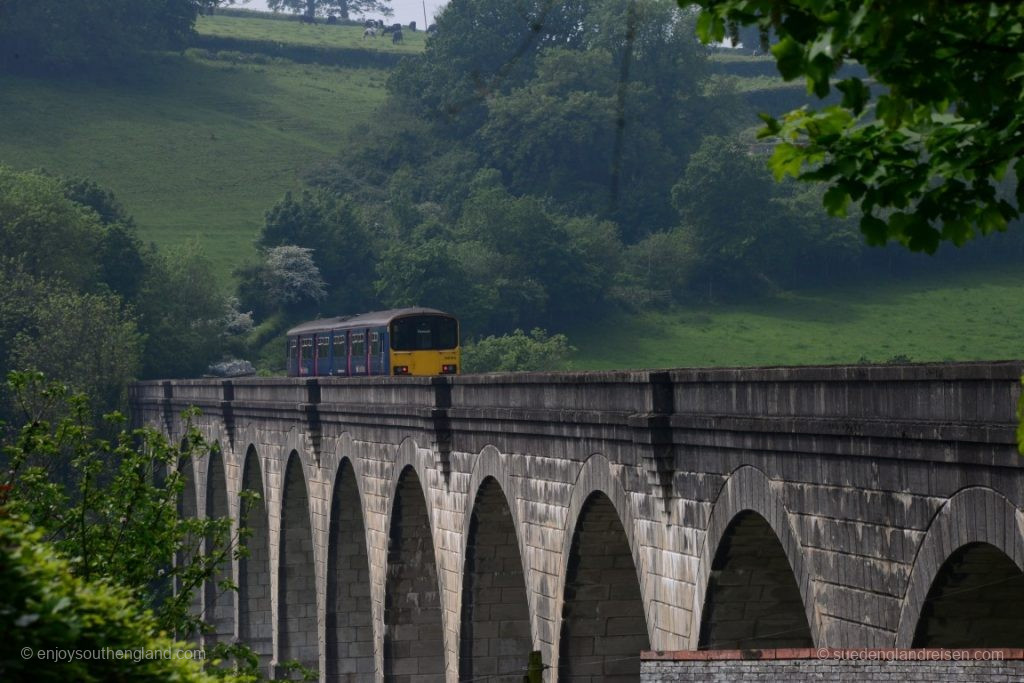 Train on the Calstock viaduct 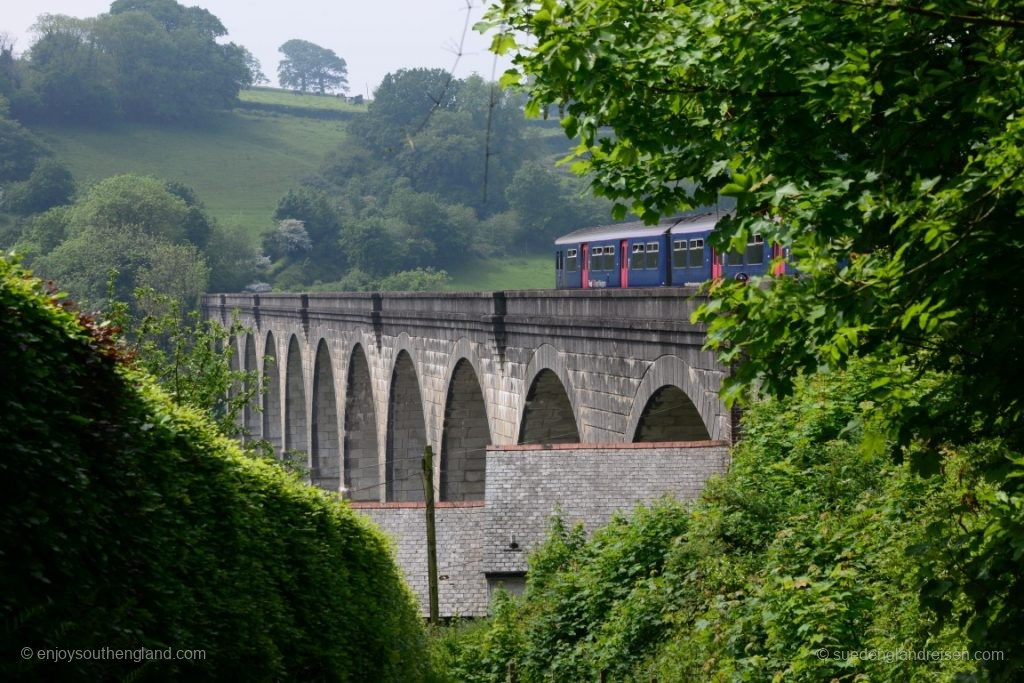 Train on the Calstock Viaduct close to the railway station 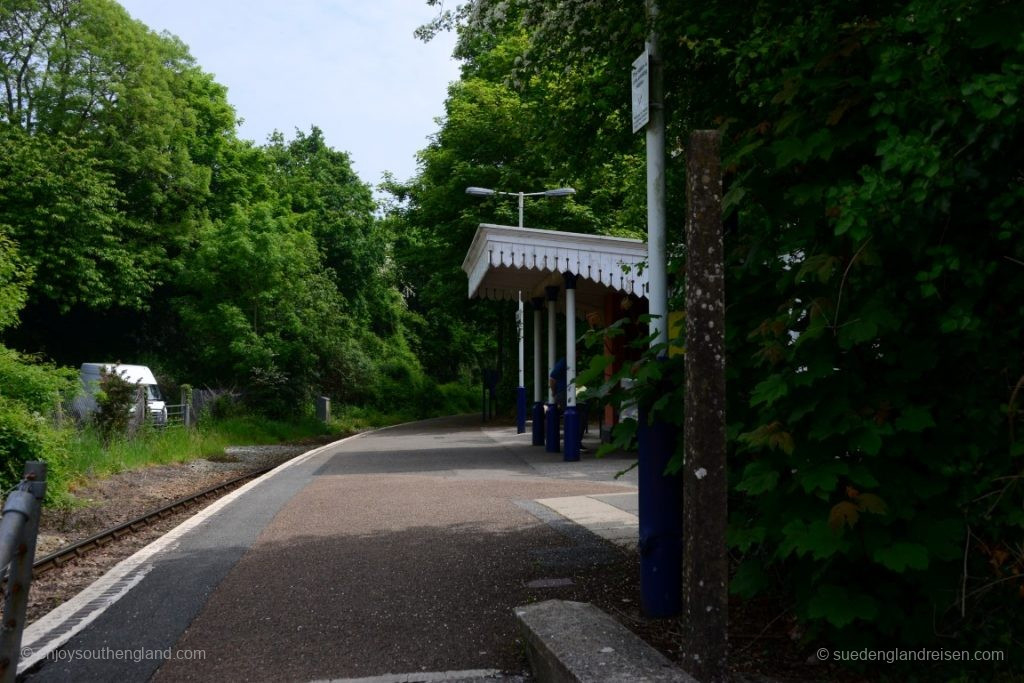 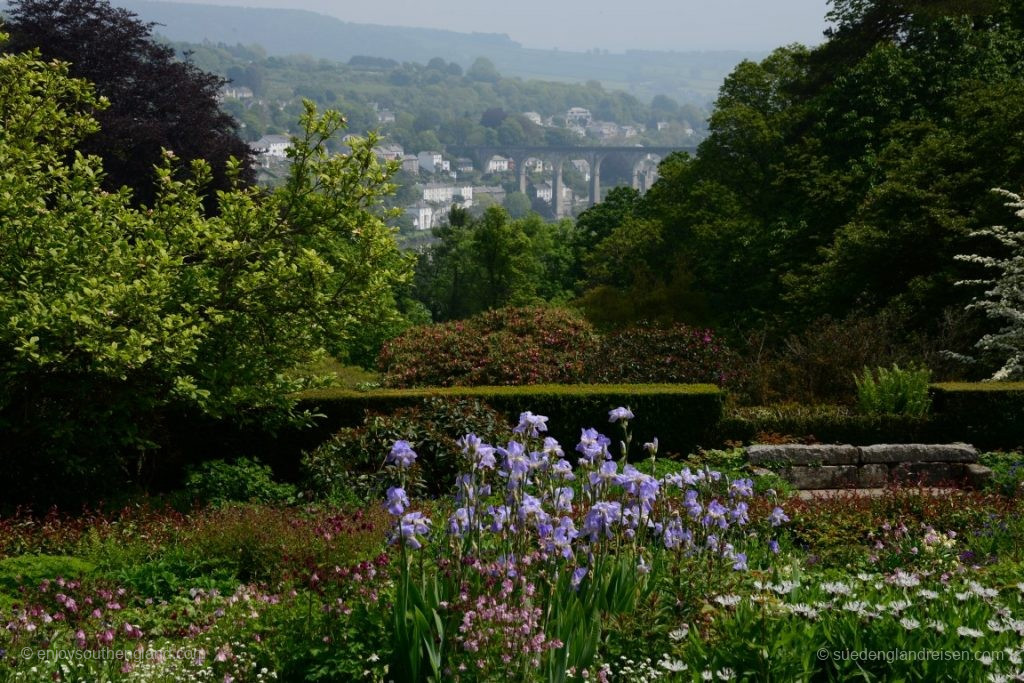 View of Calstock Viaduct from Cotehele