Aqueducts have been known since Roman times and are bridges with which waterways can be routed over (!) other waters etc. A particularly spectacular aqueduct is located in County Wiltshire near the town of Bradford-on-Avon: the Kennet & Avon Canal coming from Bath turns in a sharp right turn on to the Avoncliff Aqueduct and first crosses the two-track Railway Line Bath-Westbury (there is a exit to a Voncliff station from one of the Aquaeduct sides) and then the River Avon, which is located in a valley. In another narrow left turn, the canal turns east again towards Bradford-on-Avon. 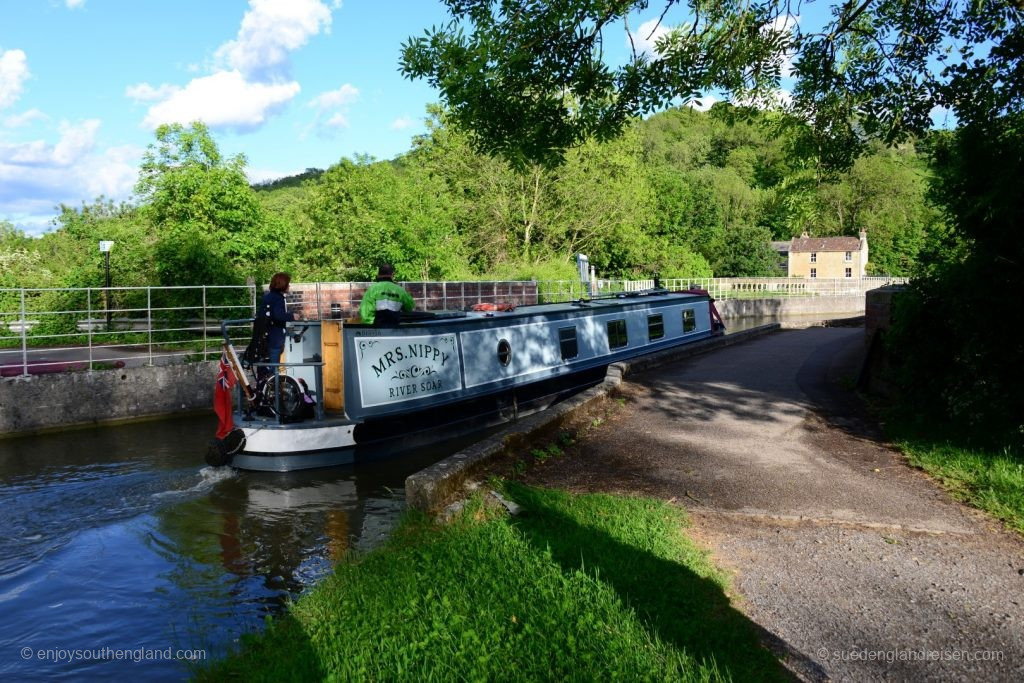 A nice description of the situation shows this PDF of the Canal & River Trust. By the way: Squeezed between the river and Camal, on the southern bank of the River Avon on the hillside we find the “Cross Guns” pub, in whose terraced garden you can sit beautifully. 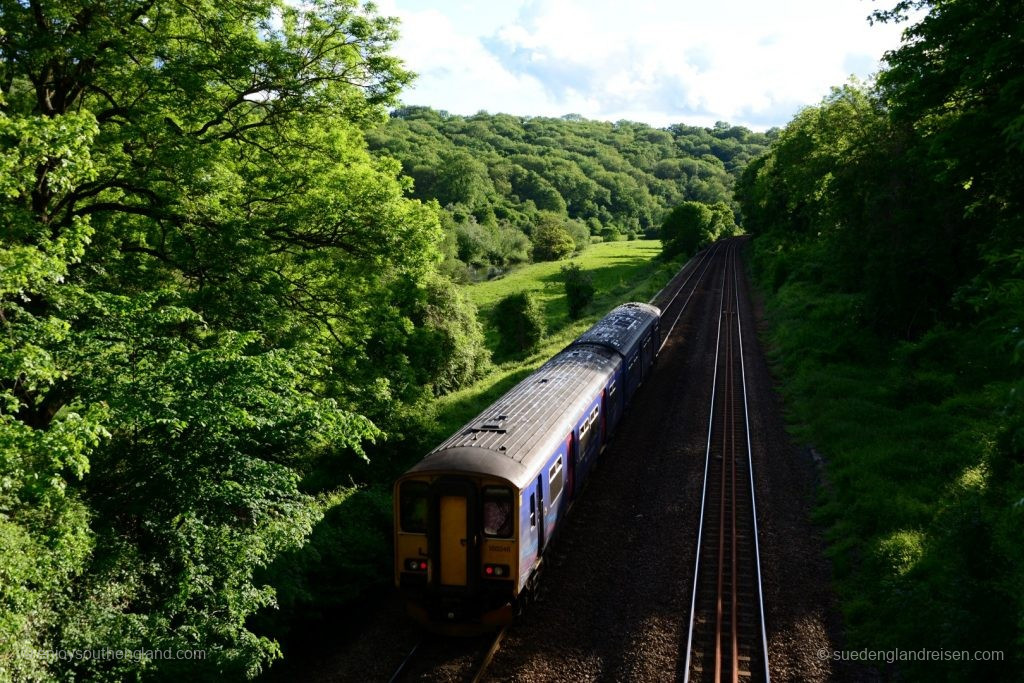