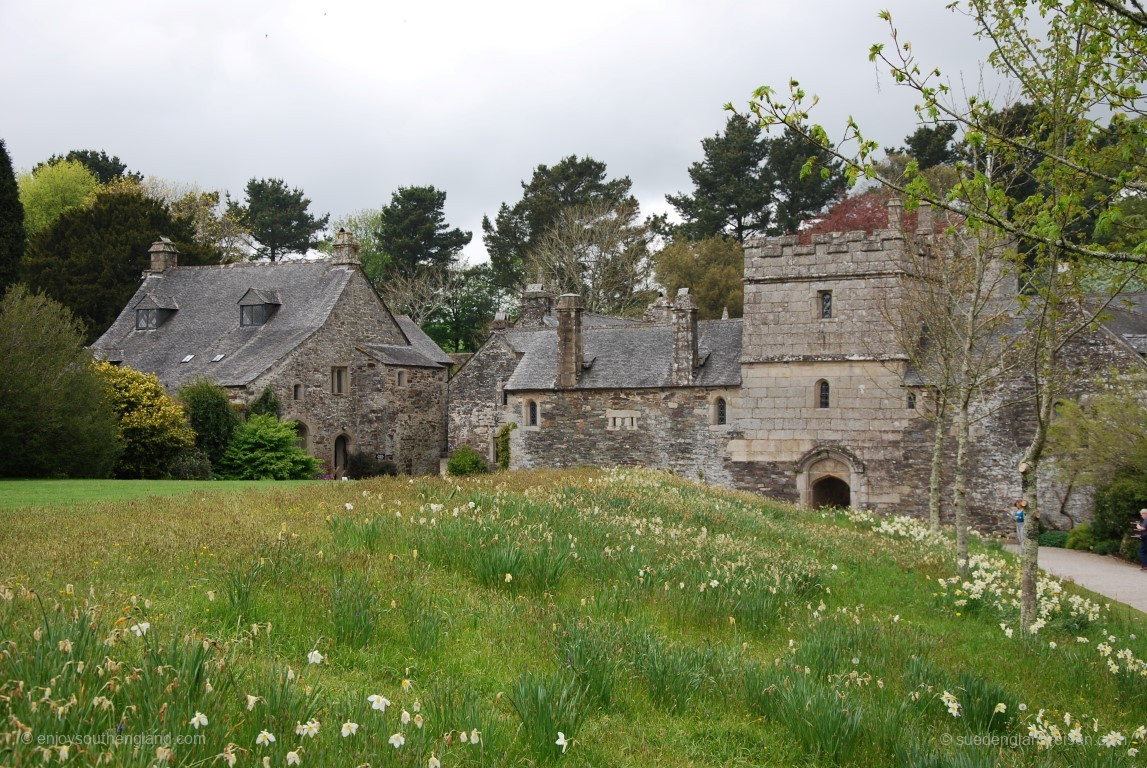 Cotehele – a medieval estate in Cornwall

Cotehele, a Manor House with a huge garden and its own port to the river Tamar is located about 10 kilometers north of Plymouth in the English County Cornwall. At the medieval house, very little has changed over the centuries, it shows the architectural style of its birth therefore in large part in the 14th. Century or its expansion over the years 1485 to 1520.

Cotehele House is owned by the national trust and is of course to visit. Immediately after the occurrence of standing in the impressive great Hall with its open beamed ceiling and walls decorated with numerous weapons and flags. From here starts the tour of the fully furnished rooms, which should be absolutely visited.

But Cotehele is not only the Manor House, which is well worth the visit. All around extends a 11 acre garden, which is a formal garden near the House, further down in the Valley to the River, he is a beautiful wilder Park. In the midst of the garden, the three-storey Cotehele Tower from the 18th century can be found. Century.

Down on the River, you then reach the Quays of the Cotehele quay on the river Tamar. Once, a lively Indsutriehafen, it now houses the “Shamrock”, a cargo glider from 1899. The Edgcumbe tea room, which offers nice snacks and of course tea and cake stands right on the quay. When weather is nice, you as almost everywhere can beautifully out there sit in southern England, in bad weather, the cosy tea room is but especially recommended.

The old water mill, which is again fully functional and in the grain into flour is ground as before is located very near the harbour. This can be purchased directly, which should not be forgotten on a previous visit to the production.

Homepage with details and opening hours

Cotehele in Cornwall – the courtyard 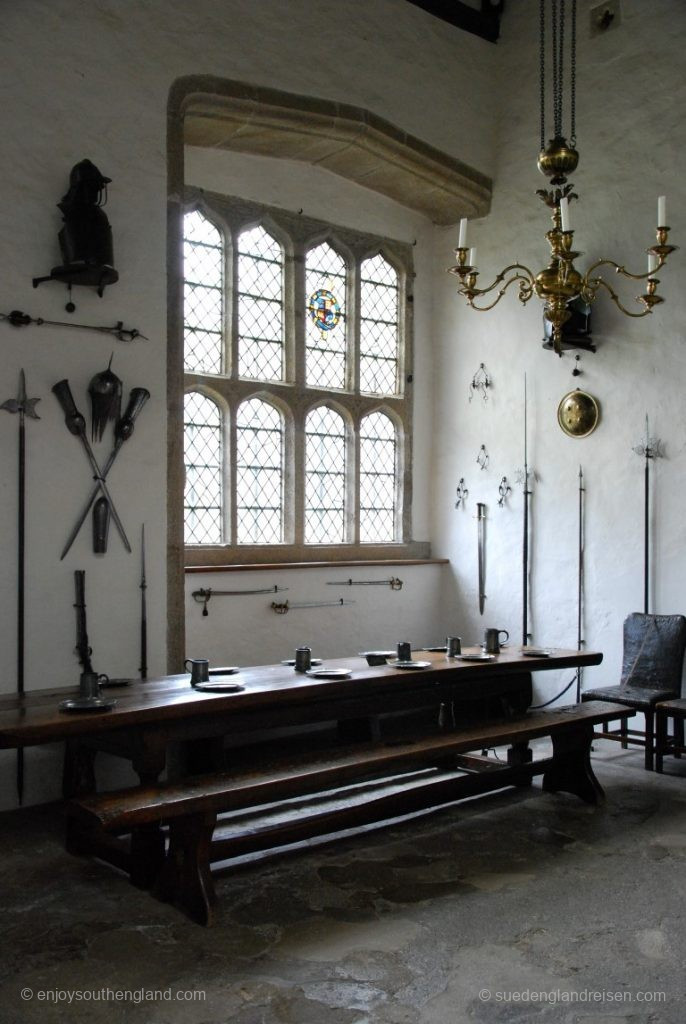 Cotehele in Cornwall – the great Hall 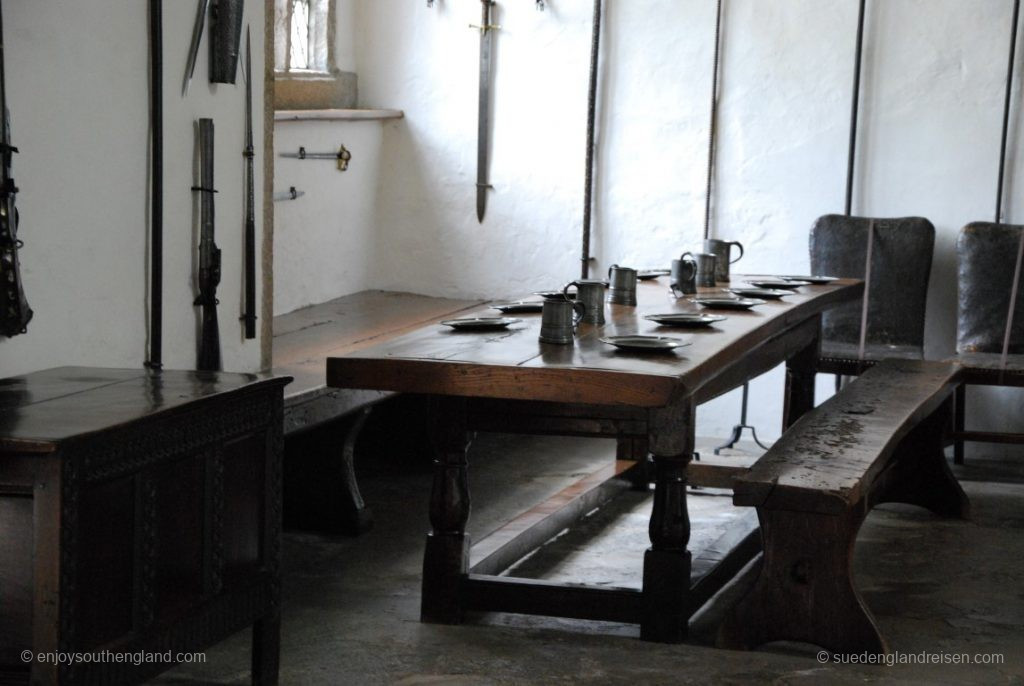 Cotehele in Cornwall – the table in the great Hall 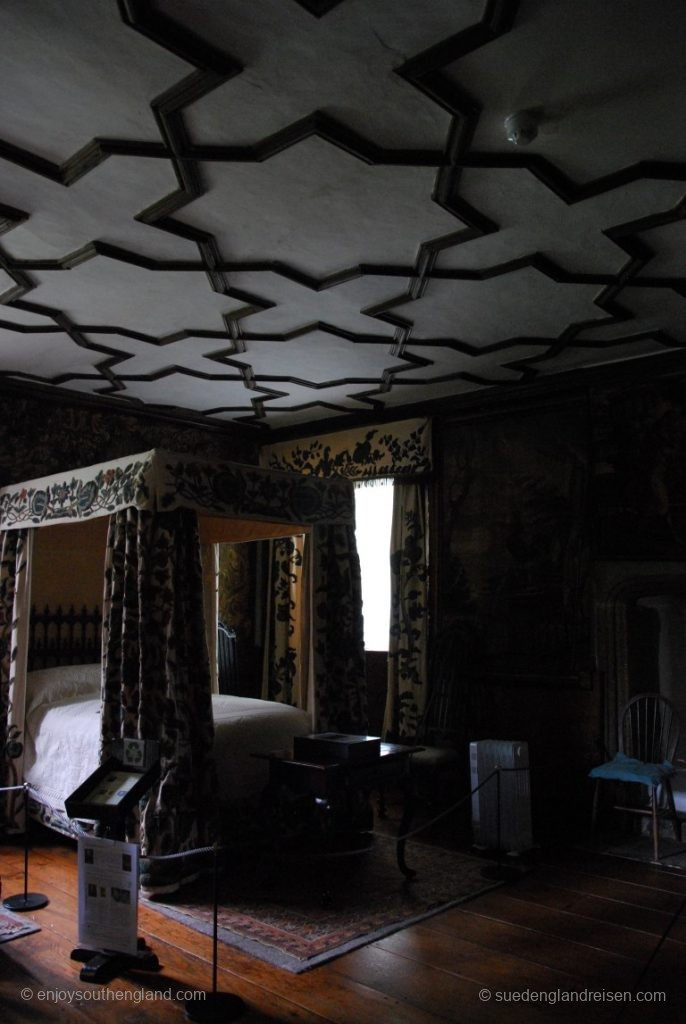 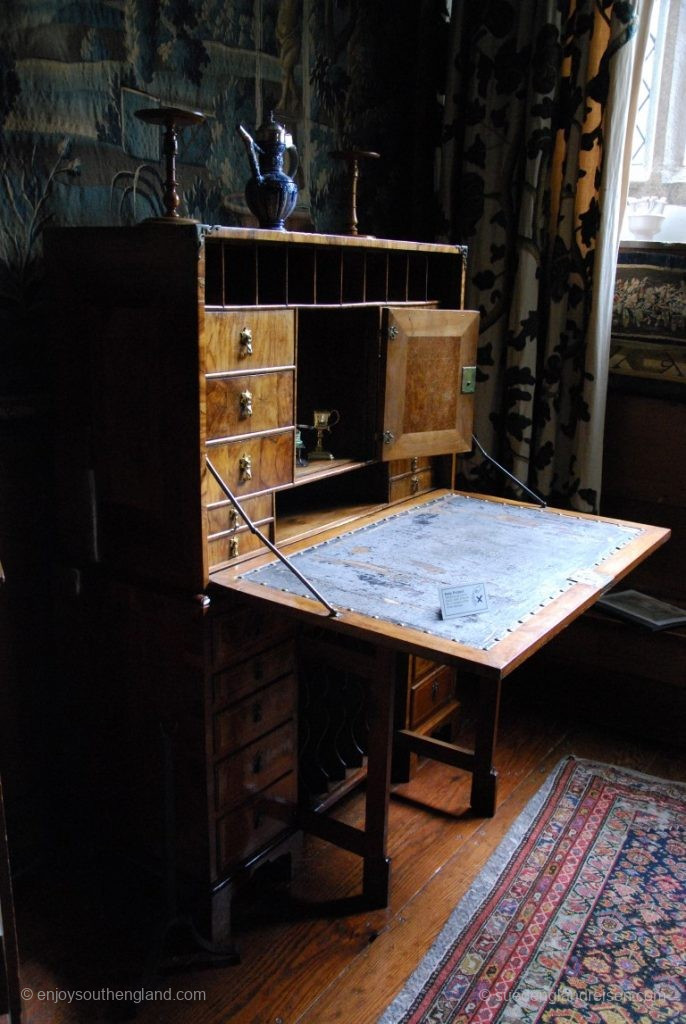 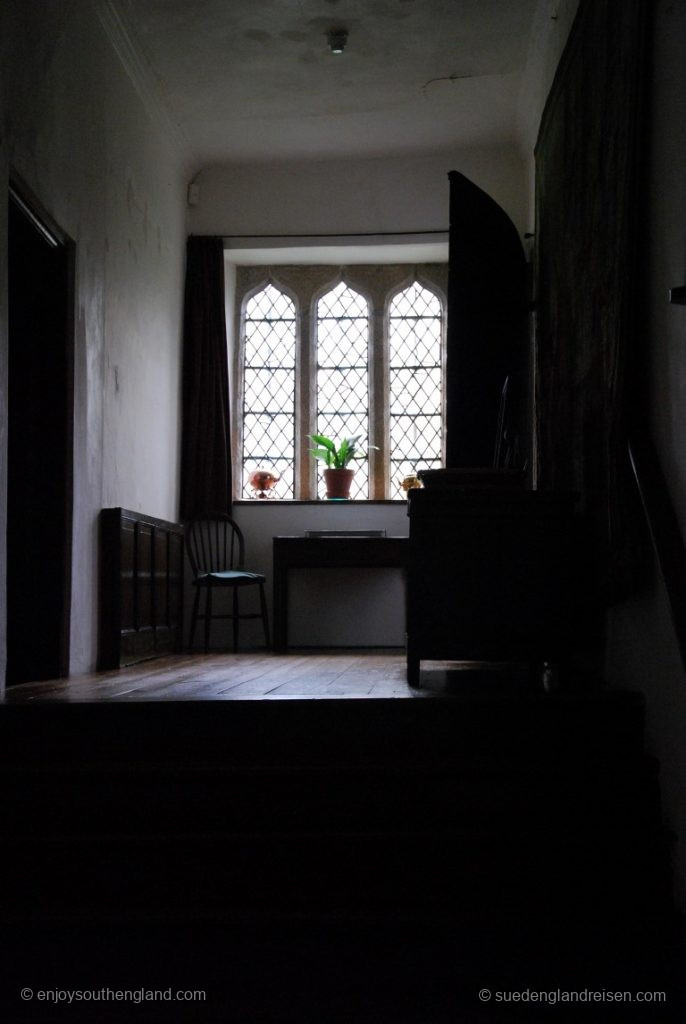 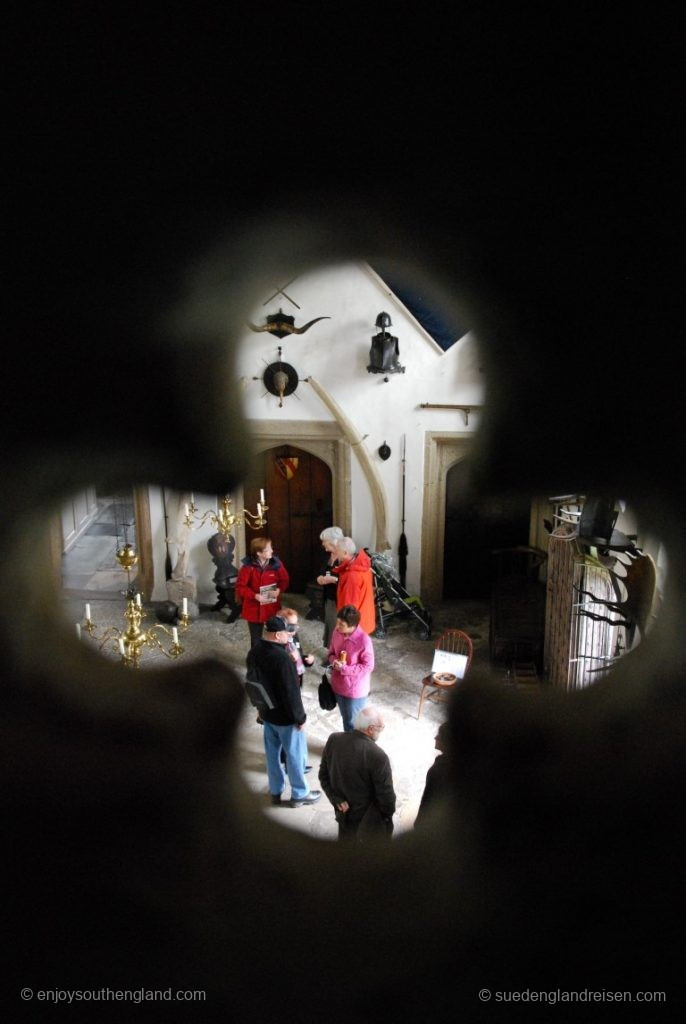 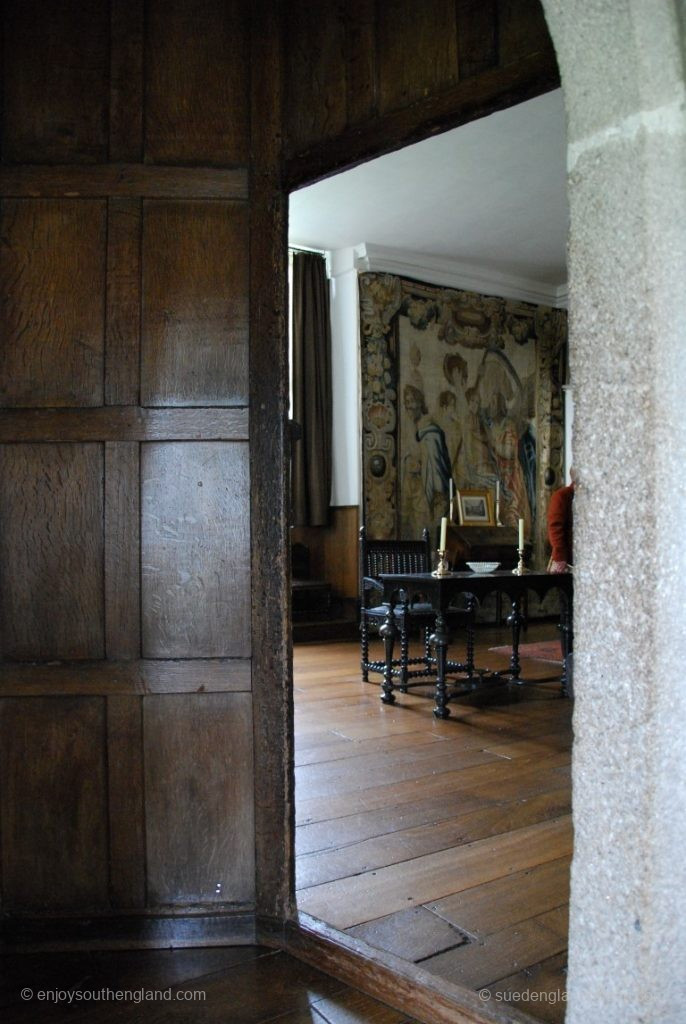 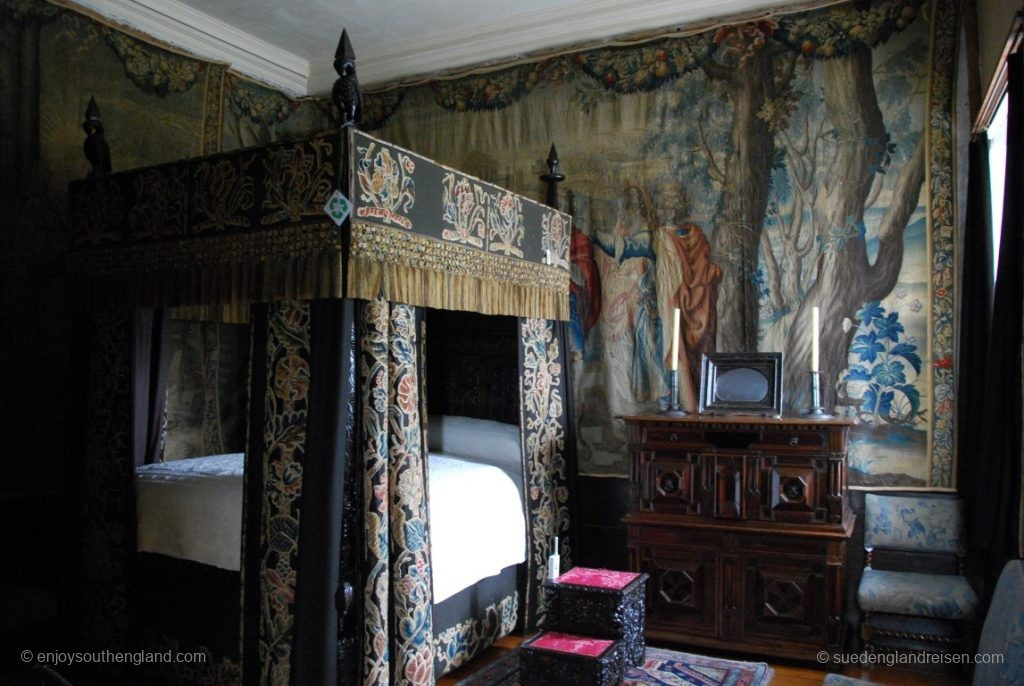 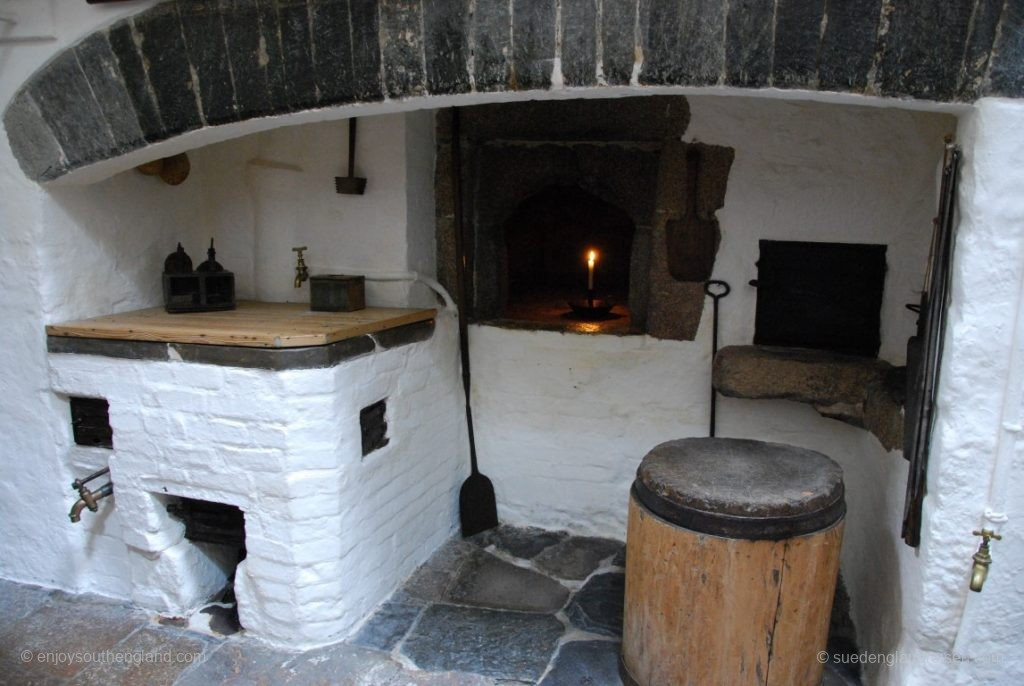 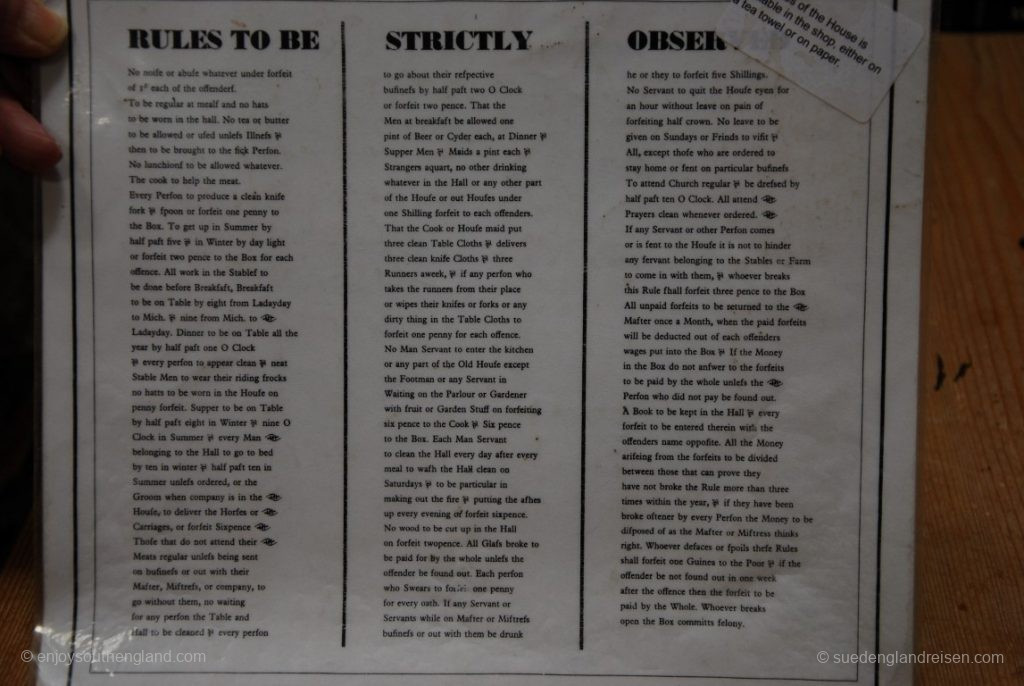 Servants rules to be strictly observed:

No. noise or abuse whatever under forfeit of 1s each of the offenders.
To be regular at meals and no hats to be worn in the hall.
No. tea or butter to be allowed or used unless illness & then to be brought to the sick person.
No. luncheons to be allowed whatever.
The cook to help the meat.
Every person to produce a clean knife fork & spoon or forfeit one penny to the box.
To get up in summer by helped five past & in winter by day light or forfeit two pence to the box for each offence.
All work in the stables to be done before breakfast, breakfast to be on table by eight from Ladayd[sic]ay to me. & nine from me. to Ladayday.
Dinner to be on table all the year by half past one O clock & every person to appear clean & neat.
Clan stable men to wear their riding frocks no going to be worn in the House on penny.
Supper to be on table by half past eight in winter & nine O clock in summer & every one belonging to the Hall to go to bed by ten in winter & ten in summer half past unless ordered, or the groom when company is in the House, to deliver the horses or carriages, or forfeit Sixpence.
Those that do need attend their meats regular unless being sent on business or out with their master, mistress, or company, to go without them, no waiting for any person the table and Hall to be cleaned & every person included about their business by half to go past two O clock or forfeit two pence.
That the men at breakfast be allowed one pint of beer or Cyder each, men & maids a pint each at dinner & supper and strangers a quart, no other drinking whatever in the Hall or any other part of the House or out houses under one shilling forfeit to each offenders.
That the Cook or house maid put three clean table cloths & delivers three knife clean cloths & three runners aweek, & if any person who takes the runners from their place or care their knifes or forks or any dirty thing in the table cloths to forfeit one penny for each offence.
No. one servant to enter the kitchen or any part of the old house except the Footman or any servant in waiting on the parlour or gardener with fruit or garden stuff on forfeiting six pence to the Cook & six pence to the box.
Each man servant to clean the Hall every day after every meal to wash the Hall clean on Saturdays to be particular in making out the fire & sixpence putting the ashes up every evening or forfeit.
No. wood to be cut up in the Hall on forfeit twopence.
All glass broke to be paid for by the whole unless the offender be found out.
Each person who swears to forfeit one penny for every oath.
If any servant or servants while on master or mistress business or out with them be drunk he or they to forfeit five shillings.
No. servant to quit the House eyen for on hour without leave on pain of forfeiting half crown.
No. leave to be given on Sundays or friends to visit & all, except those who are ordered to stay home or sent on particular business to attend church regular & be dressed by half ten O past clock.
All attend prayers clean whenever ordered.
If any servant or other person comes or is not to belonging to the stables or farm to come in with them hinder sent to the House it is any servant, & whoever breaks this rule shall forfeit three pence to the box
All unpaid forfeits to be returned to the master once a month, when the paid forfeits offenders wages put into the box will be deducted out of each, & if the money in the box do not answer to the forfeits to be paid by the whole unless the person who did not pay be found out.
A book to be kept in the Hall & every forfeit to be entered in the with the offenders name opposite.
All the money arising from the forfeits to be divided between those that can prove they have not broke the rule more than three times within the year, & if they have been broke oftener by every person the money to be disposed of as the master or mistress thinks right.
Whoever defaces or spoils these rules shall forfeit one Guinea to the poor & if the offender be not found out in one week after the offence then the forfeit to be paid by the whole.
Whoever breaks open the box committs a felony. 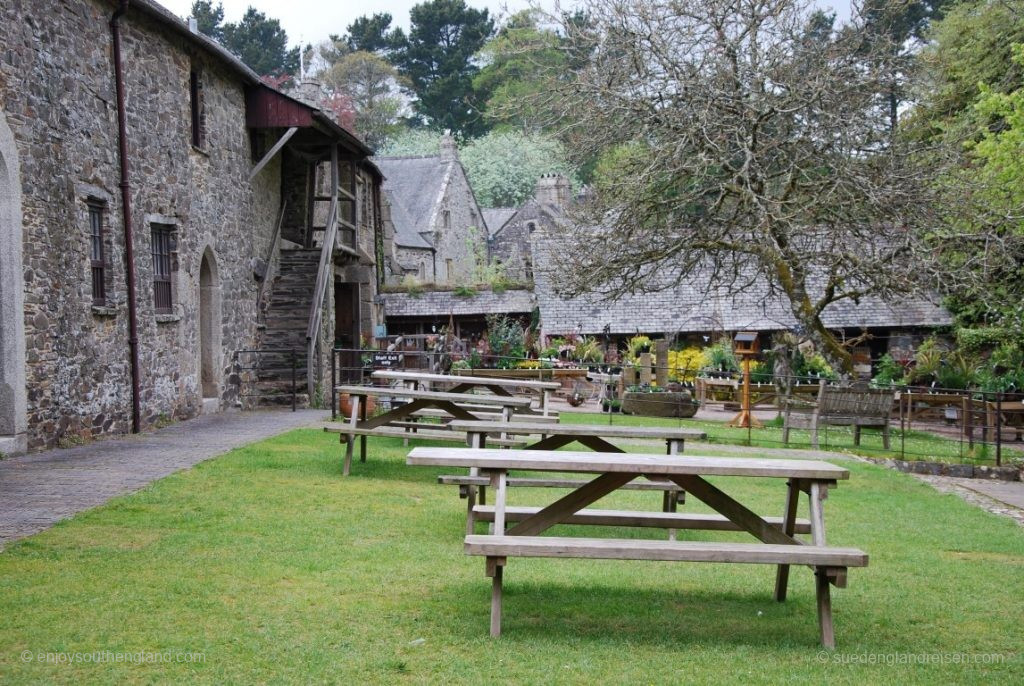 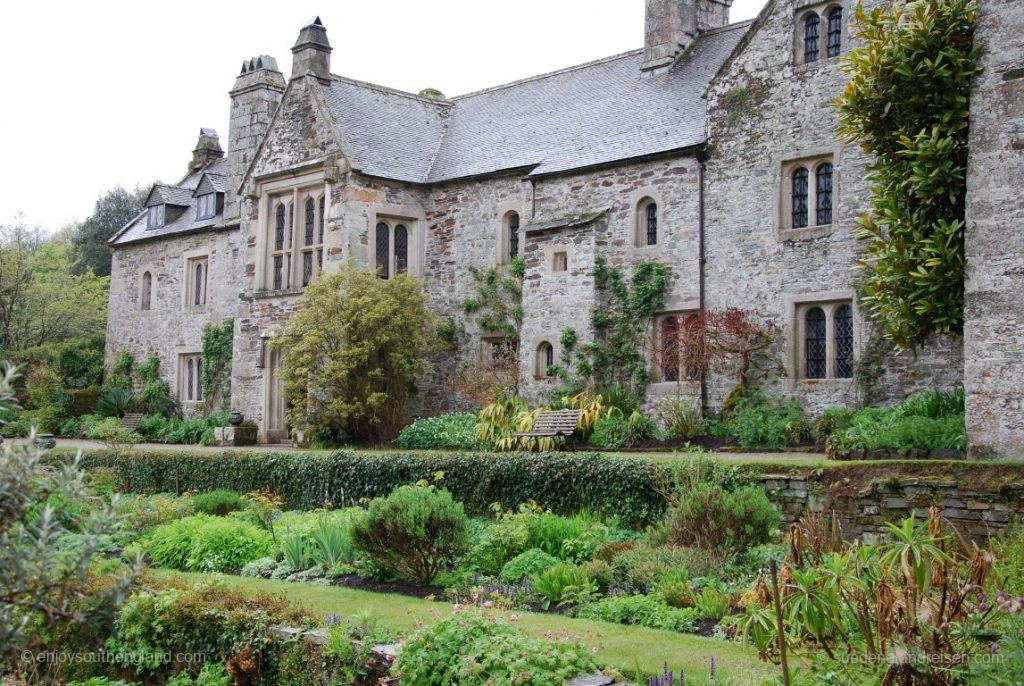 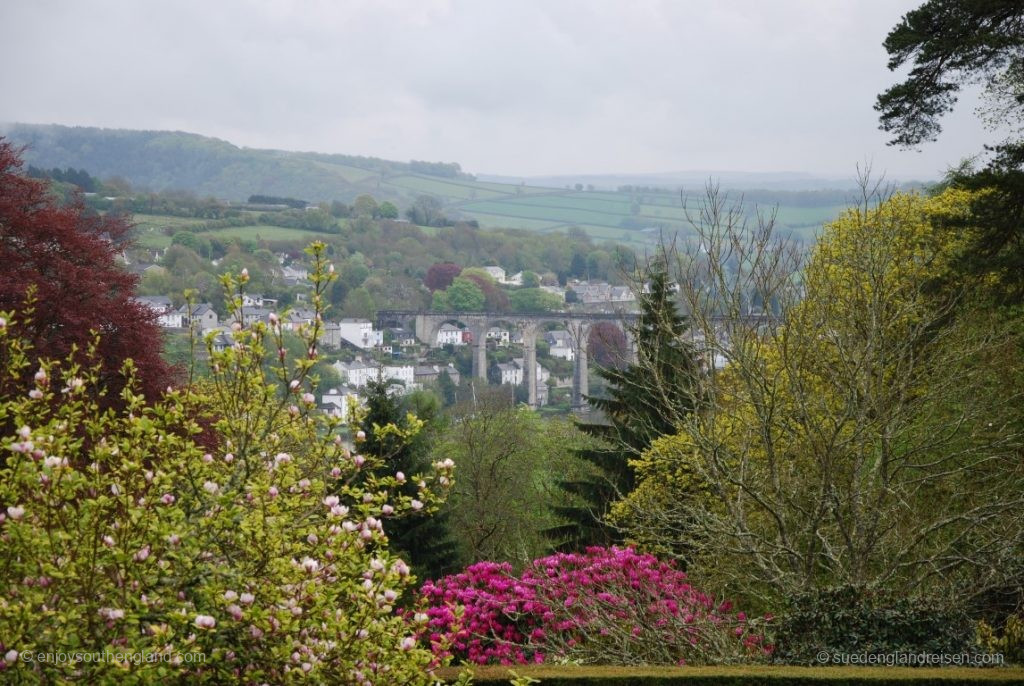 Cotehele Cornwall – view of Calstock and the impressive railway viaduct 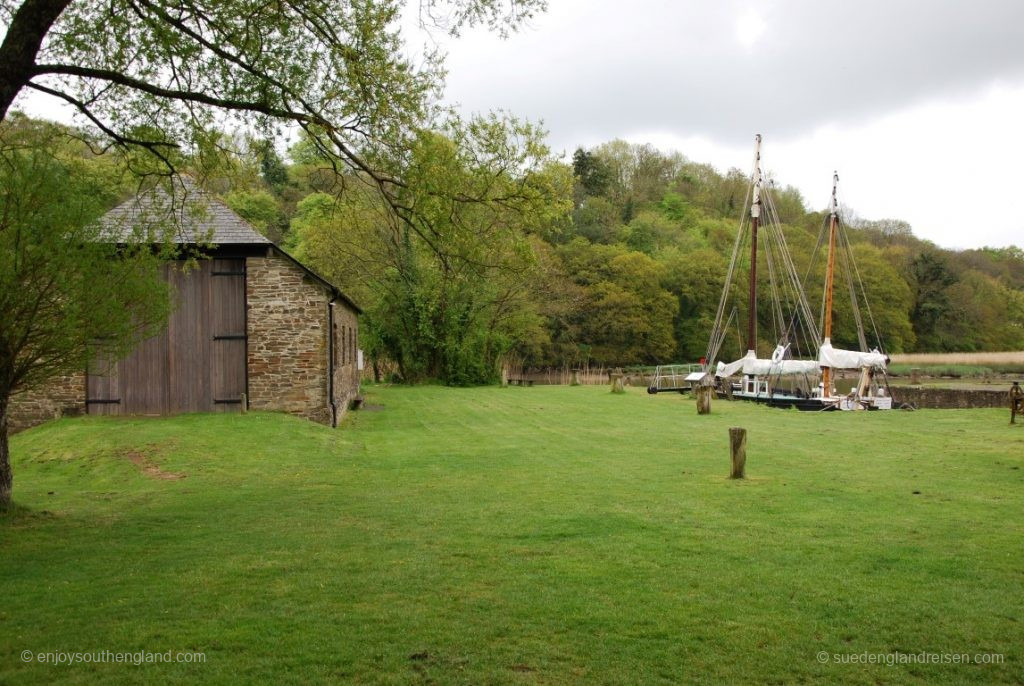 Cotehele in Cornwall – the old Quay facilities with the Shamrock 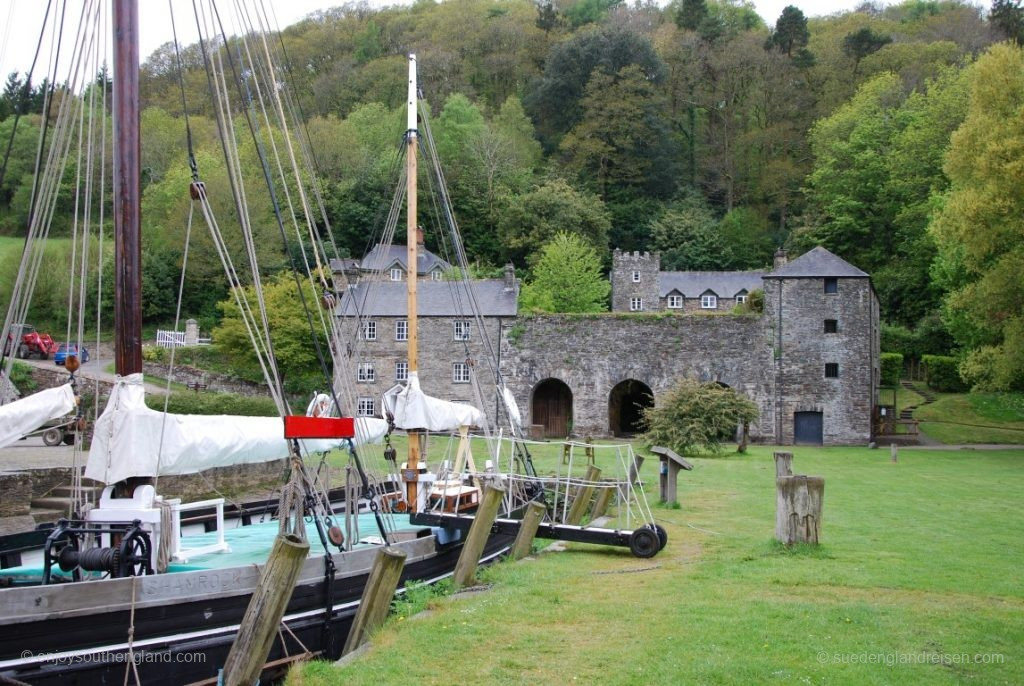 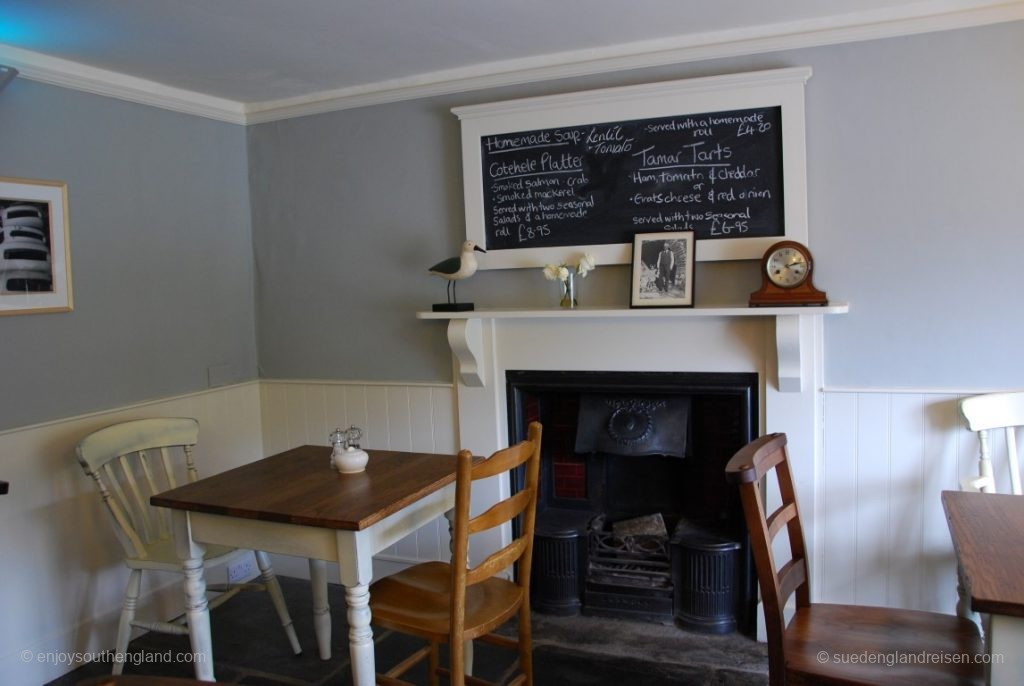 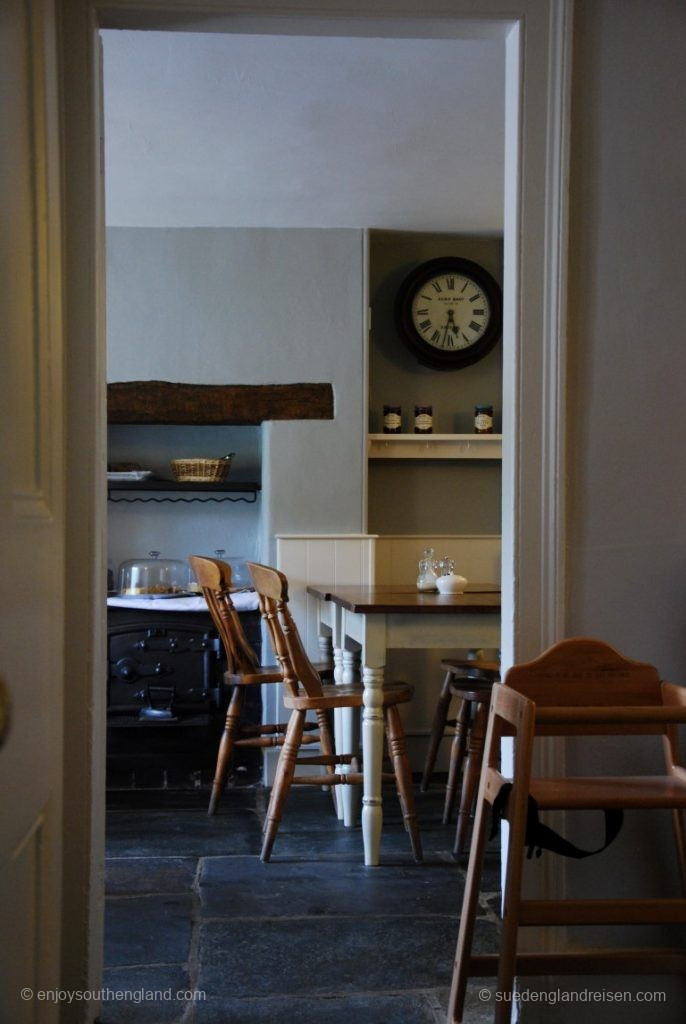 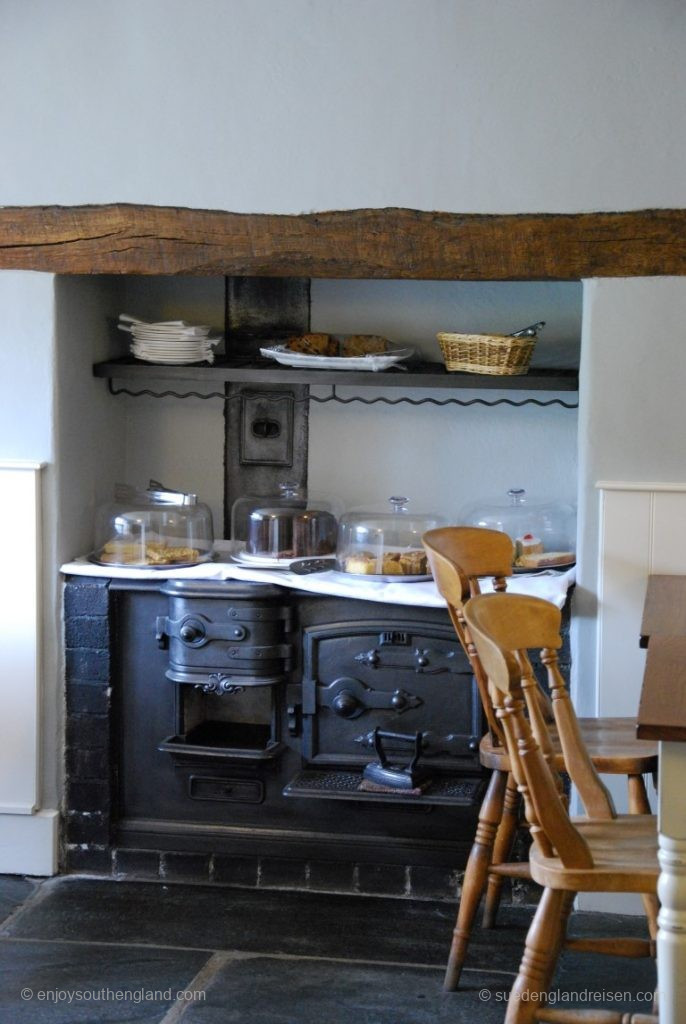 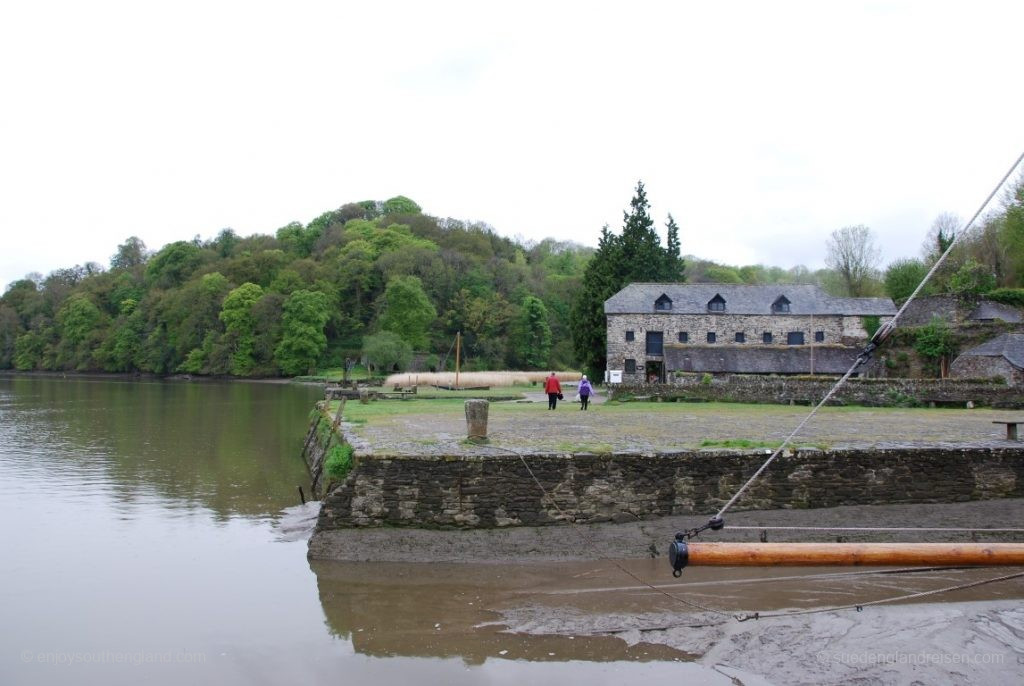 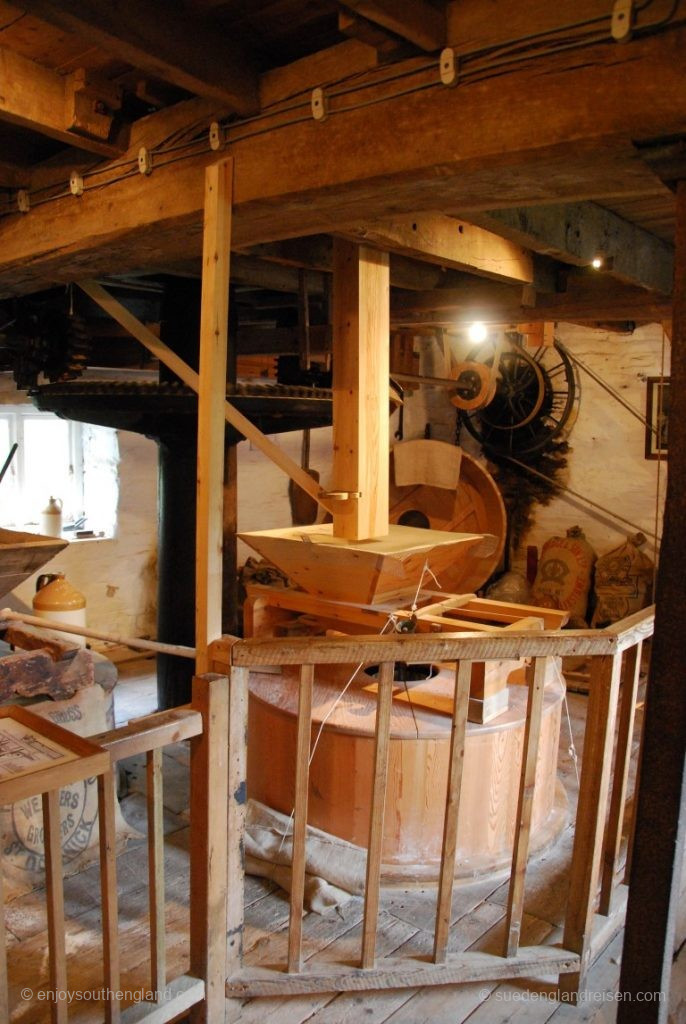